What is the history of Zakāt (poor-due) practice?

What is the history of Zakāt (poor-due) practice?

Zakah is a duty enjoined by God and done by Muslims in the interest of a society as a whole, and to help those in poverty.

Zakah is one of the five pillars of Islam. It is not just a form of charity, alms-giving or a voluntary contribution to a cause. Nor is it simply an expression of kindness, but it is all of these combined and much more. Zakah is a duty enjoined by God and done by Muslims in the interest of a society as a whole, and to help those in poverty.

The literal meaning of the word zakah is ‘purity’. However, the practical meaning of the word is the annual amount of wealth an able Muslim must give to the rightful recipients. It is an obligation ordained by God upon every Muslim who becomes the owner of a specific amount of wealth known as the nisab. If ones wealth is equal or more than this specific amount, zakah will become obligatory upon them, and they must give away 2.5% of their yearly earnings as zakah. The nisab is the equivalent in cash, gold, silver, merchandise, etc of 613 grams of silver or 87.48 grams of gold. Scholars usually consider the nisab to be whichever is less between the gold or silver.

Zakah was made obligatory in the Islamic month of Sha’ban in the second year of the Hijrah. It can be given as cash or as articles of trade. Items of gold and silver including jewellery or household objects can also be given as these contribute to ones wealth. Any goods, other than gold or silver, that you have not bought for resale are not payable for zakah. No zakat is payable on your personal belongings, such us a house or a car. During the time of Muhammad (pbuh), zakah was usually given as wheat, barley, dates or dried yoghurt since these were common foods in Madinah and its surroundings.

For zakah to be legitimate, the recipients must be one of the following:

1. The poor and needy who have basic needs but below the value of the nisab.

2. Those in poverty who do not have basic needs.

3. Those who collect and distribute the zakah.

4. To reconcile hearts and to those who sympathise towards Islam – traditionally, this category was for new Muslims who after becoming Muslims have lost things like wealth and family.

5. Those who are indebted, but unable to settle their debt.

6. Travellers or wayfarers who are in need of money or help to reach their destination.

8. Those who struggle for the cause of God, for example a pilgrim to Mecca.

Zakat not only purifies ones wealth but is also a spiritual purification and draws an individual closer to God. Ibn Taimiah, an Islamic scholar said, ‘the soul of one who gives Zakat is blessed and so is his wealth’, therefore it is a spiritual obligation to give Zakat. The benefits for the individual include, learning self-discipline and allowing the giver to free themselves from the love of possessions and greed. If the zakah fits the certain criteria, then it is legitimate. Today it is often charity organisations who take on the role of distributed the zakah.

It is authentically reported that there were times in the history of the Islamic administration when there was no person eligible to receive Zakah; every subject-Muslim, Christian, and Jew- of the vast Islamic empire had enough to satisfy his needs, and the rulers had to deposit the Zakah collections in the Public Treasury. This shows that when the Zakah law is enacted properly it minimizes the needs of the citizens and enriches the Public Treasury to such an extent that there may be no needy or poor, and that enormous amounts of surplus are available. 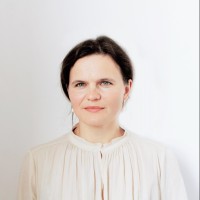